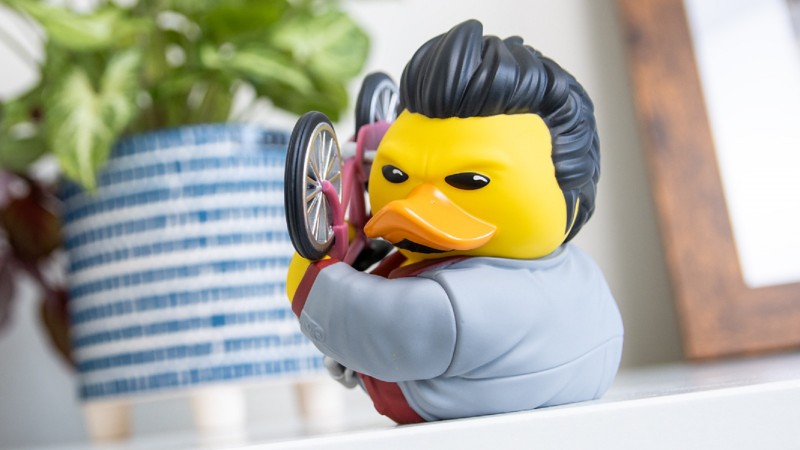 Yep, that’s right. The lovable protagonist of the Yakuza series is now available as a TUBBZ duck, complete with a bicycle. If you’ve never played a Yakuza game and brawled your way through a throng of enemies, you’ve missed out. And now you can bring the cool hero of the Yakuza saga home, as a duck. Now the real question is, when can we play as a duck Kiryu in a game? Or better yet, a duck Majima? These are the real inquiries that we need answers to!

The Yakuza series prominently features Kazuma Kiryu in many titles as the protagonist, with the notable exception being the turn-based Yakuza: Like A Dragon. In Like A Dragon, the franchise got a cool new protagonist with Ichiban while retaining many of the strange, eccentric, and often hilarious quirks that make the series a joy to explore. The series is looking to continue this turn-based focus into the future. 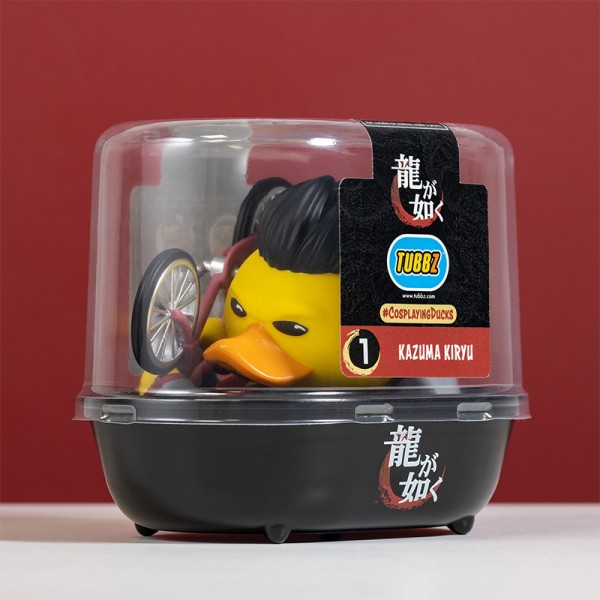 “Like a Dragon is a departure from the games that came before it, but I found those changes to be revitalizing. As much as I enjoyed the Yakuza formula, it was definitely a formula. Like a Dragon has enough familiar elements to make it feel like, at its heart, it’s a Yakuza game,” said Jeff Cork in the Game Informer review. “All the while, I fully appreciated how much of a new identity this entry is establishing. Here’s hoping this is the first step in yet another great journey for the series.”

If you’re looking to go back to the beginning so to speak, the best game to start your Yakuza journey on is probably Yakuza 0, which functions as a prequel for some of the most popular characters.

The figure is official SEGA merchandise and comes with a bathtub display box. Other ducks of interest in the TUBBZ line if you’re into Kazuma Kiryu may be Shenmue’s Ryo Hazuki or a Jet Set Radio duck.