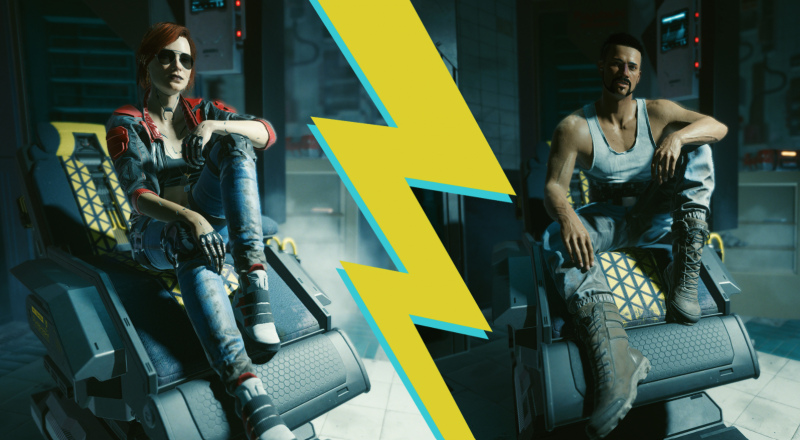 Photo Modes are great, Photo Modes with more poses are even better. The Cyberpunk 2077 Photo Mode is pretty great in its own right with many different positions players can put themselves in, both with stagnant poses and those sweet action shots. That being said, this Cyberpunk 2077 mod takes that creative mode even further and by doing so, makes it even better.

Ignoring the flaws that many players have encountered when in Night City and the numerous updates that have since dropped to correct said flaws, most that have played the game can agree that the Photo Mode was a nice touch. With how expansive Night City is and all of the nutso shenanigans that V finds themselves in, taking a fun snapshot in the moment (or even a highly dramatic one with the actionable poses) is highly enjoyable. There are tons of poses that vanilla players can choose from, but one modder wanted to add even more options into the mix for PC players.

“Since I first got into taking pictures in-game, I’ve wanted more ways to have V immersed in and interacting with their surroundings in shots – in particular, I was missing ways to have V sit, lean, and lie down to interact with various furniture,” says the mod’s creator. “This mod aims to fill in that gap with a host of Photo Mode poses that allow V to sit wherever they may please (and some other poses, as well). This mod works for both feminine- and masculine-framed Vs. The masculine V option also impacts the Photo Mode poses available to Johnny.”

Because mod support is still incredibly limited for console players beyond Bethesda titles, this particular Cyberpunk 2077 add-on is locked to PC players. For those interested, you can download this bad boy right here to put those in-game modeling lessons to good use.

Want more mods? Check out a few of my other favorite Mod Corner picks below: