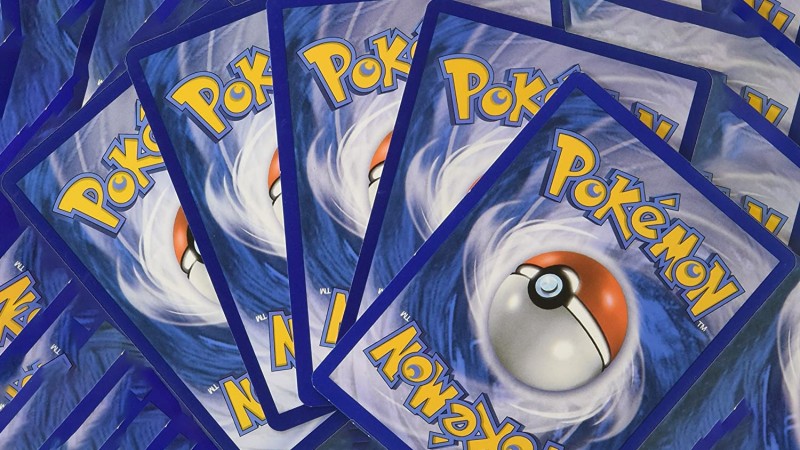 If you’re reading this, chances are you’re a Pokémon fan which means you’re probably aware that the trading cards have become an absurdly hot commodity in recent months. The pandemic has caused card values to skyrocket, so retail stores (and McDonald’s) have struggled to keep the cards in stock. Some businesses have limited the number of packs customers can buy, others have removed them from shelves to lock behind registers. Target in particular has faced increasingly aggressive customers, and instances of violence have forced the company to stop selling them in stores for the foreseeable future.

The policy goes into effect this Friday, May 14. It will also apply to NBA, MLB, and NFL cards, which are in high demand as well. You’ll still be able to buy cards online through Target’s website, but the in-store ban comes on the heels of various reports of violence breaking out amongst customers trying to buy packs. I’ve heard personal anecdotes of people being robbed for their cards outside of stores and fights unfolding in the long lines that form at locations receiving fresh inventory. Various retail outlets in general have suffered attempts of theft with multiple reports of break-ins including one particularly daring heist in Tokyo. Not to mention the numerous accounts of store employees being harassed by disgruntled collectors.

The straw that broke the camel’s back for Target specifically seems to be a recent incident at a Wisconsin location where a 35-year old man pulled a gun after he was assaulted by four attackers. No shots were fired, but the altercation was reportedly triggered by an argument over sports cards.

In a statement made to Polygon, a Target spokesperson says the decision to ban in-store sales of Pokémon cards was indeed safety related and that the well-being of the company’s employees and customers are its “top priority”.

A few factors have resulted in this latest Pokémon card frenzy. The biggest is that the pandemic has slowed down the production and distribution of physical cards, creating a scarcity in stores. Rare cards, especially from older editions, are netting thousands of dollars in online auctions right now. Thus, fans have spent the last several months flocking to stores or unearthing old collections to try and make a quick buck, which has severely strained the card grading industry. Celebrities and influencers purchasing ultra-rare cards and packs, in some cases to open in front of an audience, have also fueled the fire of collecting.

If you’re an enthusiast who only wants to bolster your collection or worse, have kids that just want to indulge in their favorite hobby, you have a seemingly growing number of jerks to thank for things going down like this. One would imagine this will be a temporary ban until the frenzy dies down. If you’re curious, Magic: The Gathering and Yu-Gi-Oh seem somewhat unaffected by the craze (at least based on the Targets I’ve visited recently). But you’re planning to hunt for Pokémon cards at other stores, all I can say is to be safe and try to maintain some civility until things return to normal. Please?