Last summer, Pokémon Unite was revealed by President and CEO of the Pokémon Company Tsunekazu Ishihara during the Pokémon Presents showcase. A 5v5 team-based MOBA, Unite has players drive down their respective lanes to capture wild Pokémon and upgrade their stats and abilities. Because of Unite’s competitive nature, players will have to thwart one another’s progress while traversing the arena. This means that many skirmishes will likely take place so you’ll need to remain cautious as you progress down the battlefield; you can watch some cinematic and gameplay footage below. If this piques your interest you’ll be happy to know that, according to a new press release posted on the official site today, the game is launching on Switch and Mobile this year.

Everything We Know About Pokémon Unite 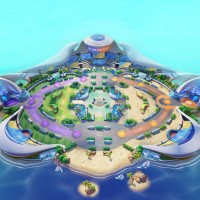 So where will these epic team battles take place? The Hoenn region? Sinnoh? Well, no one really knows. What we do know is that you’ll be traveling to the mythical Aeos Island somewhere in the uncharted frontiers of the ocean. While competing in Unite battles on the island, players might discover Aeos energy which can be used to evolve Pokémon. You will star as a rookie trainer looking to find glory (and pocket monster friends, of course) in the legendary tournaments. 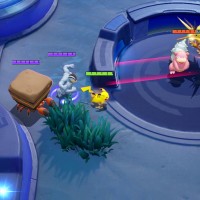 The Rules of Play

This is a 5v5 game, which means that direct lines of communication and cooperation is key to finding success. You win based on the amount of points you accrue throughout a given match. In ranked playlists, you’ll look to earn performance points which can increase or decrease depending on the results of battle; you’ll start at the Beginner rank and try to climb your way into Master.

Even though type strengths and weaknesses don’t exist in Pokémon Unite battles, each playable Pokémon will start the match at Level 1. They’ll gain veterancy through fights against other players and will learn more powerful abilities as the match goes on. Aeos energy can be used to evolve Pokémon for even more statistical bonuses.

Each Pokémon has a role with its own unique stats: Attacker, Defender, Speedster, Supporter, and All-Rounder. The titles are pretty self-explanatory, but, as you can see, there are enough for all types of playstyles. Of course, you can’t just grab any starter Pokémon you want and dive in. You’ll need to buy Unite licenses from the Unite Battle Committee with Aeos coins earned from combat. 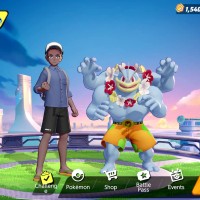 Pokémon Unite comes with a seasonal battle pass which can be leveled up for exclusive rewards. You can also use Aeos gems to increase your battle pass levels. Aeos coins can be exchanged for cosmetic items for your trainer and Pokémon  as well as Unite licenses as stated above. Gems and coins can also be used at the Aeos Emporium to purchase held items and Aoes tickets will nab you all the fashionable items that you could ever want.

Pokémon Unite launches on Switch in July and on mobile devices in September. Which platform will you be playing on, and what are you most looking forward to?