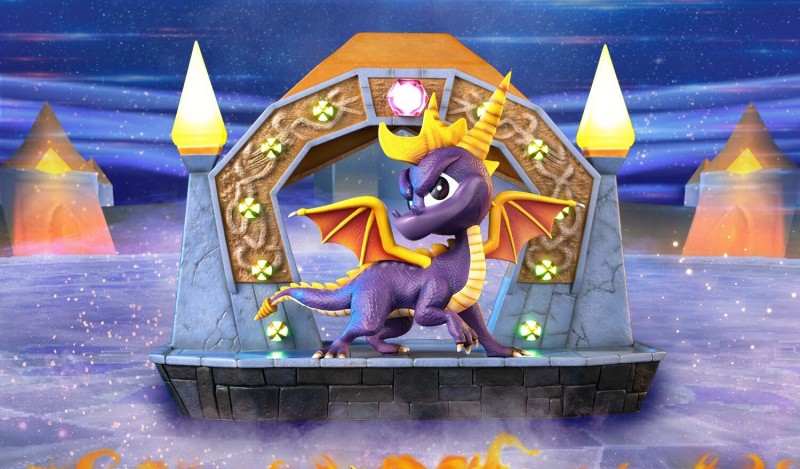 Today we got word of a newly announced figure from First 4 Figures, a team that consistently pumps out some of the nicest video game collectibles we’ve come across. Available today for preorder, the company’s new line-up of figures from Insomniac’s Spyro 2 are especially striking.

The new figure line celebrates that fondly remembered 1999 PlayStation release, Spyro 2: Ripto’s Rage. The statue is modeled directly off the adorable dragon’s appearance on the cover for that game, including raised right paw, forward lean, and a seeming mischief in his eyes. The statue exhibits immaculate color work, and realistic textures on Spyro’s scales, wings, claws, and more.

While Spyro himself appears the same in both versions, the trappings that surround the hero vary based on which version you choose to purchase. The more expensive definitive edition is set in a detailed resin base inspired by the portal seen near the end of the game (after taking out Ripto). The portal features light-up LED orbs and triangles. The whole PVC piece stands at 9 inches in height, and will put you back by $224.99, at least if you preorder during the “early bird” period that runs until August 11. After that, expect the price to move up to $249.99. 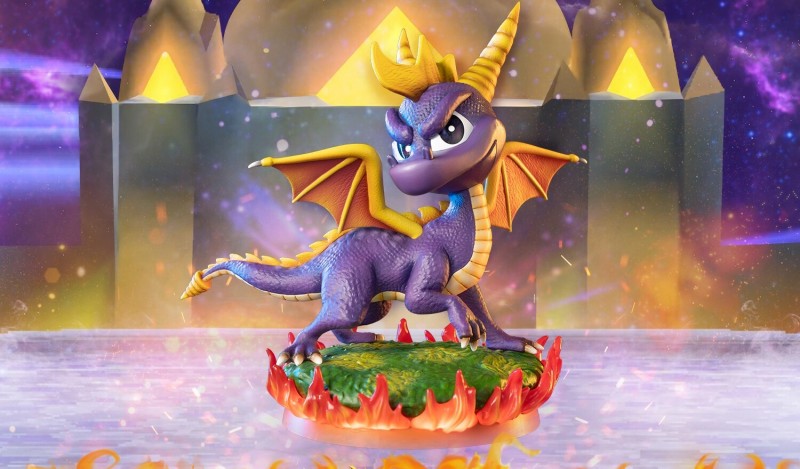 The exclusive edition is pictured here, and the definitive edition above at the top of the article

If you’re looking for a more affordable way to celebrate one of your childhood gaming buddies, the same statue is available through the exclusive edition, priced at $99.99 during early bird pricing, and $109.99 if you choose to wait until after August 11. The big difference here is the smaller base, which shows Spyro surrounded by fire. In this version, the figure can light up with LED lighting for a static flame effect, or an animated one, which makes it look like the fire is flickering.

Regardless of which version you select, and when you choose to order, estimated release for the new Spyro 2 figures is set for Q2 2022. If Spyro isn’t your thing, First 4 Figures works with a number of video game properties, including these Legend of Zelda: Breath of the Wild Zelda & Link statues, or this massive Shadow statue from Sonic the Hedgehog.