The new Uncharted film is only months away and we just got a brand new trailer to pick apart. Much of the footage isn’t new, following the first trailer that was released back in October pretty closely. However, this new look at the upcoming adaptation does give us a few fresh tidbits, including a little more backstory on Moncada, the movie’s antagonist played by Antonio Banderas. It seems, his family did more than search for the unbelievable fortune central to the story, they found it but were then betrayed. We’ll have to see how this ties into Nathan Drake (played by Tom Holland) and Victor “Sully” Sullivan’s (played by Mark Wahlberg) plans to recover the glittering treasure.

One of the biggest reveals of the trailer came at the end when we get our first glimpse of Sully in the film with his characteristic mustache. In the games, Sully’s facial hair is one of his defining features, and one that Uncharted fans immediately noticed was missing in early character reveals. While it felt strange to see the mentor without it, the change made some sense considering this movie takes place before the Naughty Dog series. However, it looks like Sully won’t stay clean-shaven throughout the whole film, and you can check out the reveal, along with the rest of the new details in the trailer above. 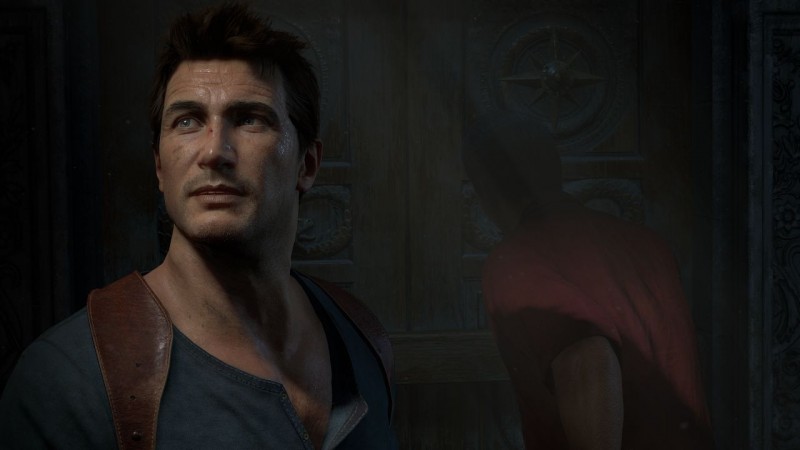 Sony Entertainment Picture’s Uncharted will release in theatres on February 18. Recent posters found on Fandango showcase some pirate-worthy imagery, of which we see more in today’s trailer. This led some to believe that the upcoming movie may have ties to Uncharted 4: A Theif’s End, which features a graveyard of similar-looking vessels. However, it’s hard to tell exactly what connections we will see between the games and the upcoming adaptation. There’s only two more months until we find out.