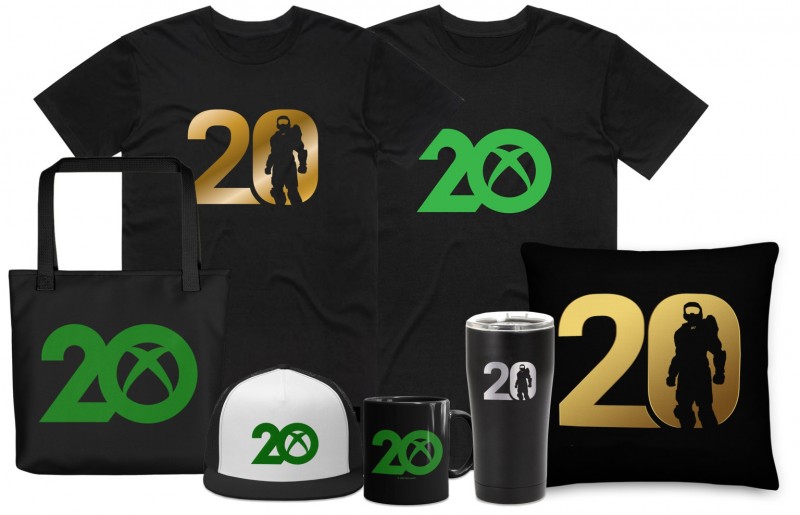 Microsoft is celebrating 20 years of Xbox with new gear in its shop, Halo reflection, and so much more! Can you believe it? 20 years of Team Green, time sure flies! Xbox has made some drastic pivots through the generations and the Xbox Series X has kicked off a strong start for a new era of gaming for those that love the Microsoft platform.

Xbox’s Major Nelson took to the company’s official blog to reflect back on the last two decades from its inception on November 15 back in 2011. “Twenty years ago, playing on Xbox meant hooking up your console with three (or more!) cables to a standard definition CRT TV.  You had to pre-order the hottest new games and stand in line at your favorite retail shop to pick them up. Games were played in 640×480 resolution, and you only had 8GB of storage and 64MB of memory to enjoy them with. And you either played alone or with a friend sitting next to you on the couch.”

With the Xbox Series X and S, players can enjoy every generation before the current one, which means that some of the most beloved adventures from the past don’t have to stay there. With Xbox Game Pass, games are even more accessible than ever before in terms of a more cost-effective library model. Xbox has also broadened its reach immensely in recent years, bridging the gap between console and PC and even more growth is expected on the horizon.

“Thanks to game creators and players like you, we have a greater variety of games and diverse characters  – with more worlds to explore, stories to tell, heroes and villains to meet, and achievements to unlock – in the 7 thousand games that have been released across the Xbox platform. Do you remember unlocking your first Xbox achievement? To-date, you and the Xbox community together have racked up nearly 1 trillion total Gamerscore. Most importantly, you’ve worked together to change the face of gaming by welcoming players from all walks of life, everywhere in the world.”

Xbox also paid tribute to Halo, the game that started it all for Team Green! Master Chief became an icon when he first made his DNA and this franchise was a vital part of what made Xbox … well, Xbox! With Halo Infinite on the horizon later this year, the legacy continues. Where it goes from here is anyone’s guess.

For those that love gear, Xbox is offering special merch to celebrate the 20-year milestone. You can find out what is available with the Xbox Gear Shop right here. Other ways Xbox is celebrating 20 years with fans include:

And so much more! Read all about it right here!

What are some of your favorite memories of Xbox through the years? Shout them out in the comments below!